Let me introduce you to Vera Liefje. She is just as her name predicts, as sweet as a cupcake. She loves to read, to play and to snuggle. She is flying off to the states this week. I'm gonna miss her so much. 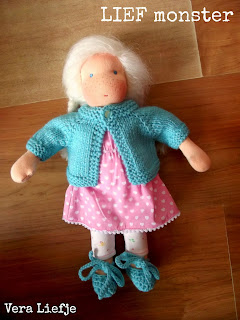 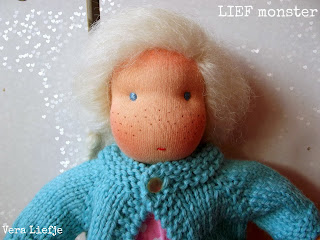 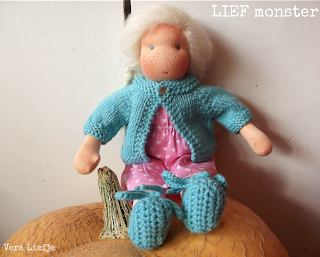 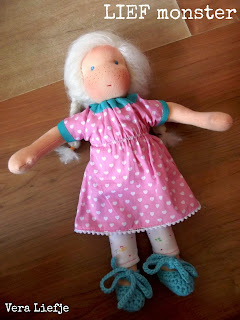 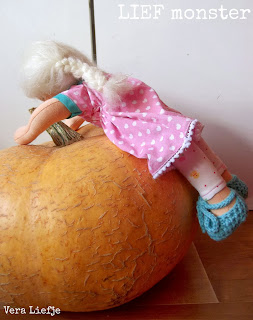 Princess Renette and her mister Frog

Once upon a time there was a little Princess named Renette. She lived with her parents and her sister Babette in a beautiful palace. Surrounding the palace were the most beautiful wild gardens and because Renette was a princess that loved being outdoors, those gardens were the place where she spent most her time.


You might wonder what a pretty princess like Renette did all day in those wild gardens? Well, her parents might like to think of Renette as a pretty well behaved sweet little girl but Renette didn’t agree all the time. When she was indoors she was willing to be that kind of girl, but when she was in her garden (she liked to think of the gardens as her property), boy oh boy, that well behaved girl was no where to be seen. The first thing she would do when she went into her garden was to climb into her treehouse. Inside her treehouse was a trunk with her “other” clothes. She would hang her pretty playdress that her mother loved so much on a chair, put on her warm brown pair of short overalls, her cupcake t-shirt, a scarf, a hat and of course her sister's (she never wore them, according to Babette the garden was a filthy place) pink cupcake wellies. They were a little too big, but that made it possible to wiggle her toes, something Renette liked very much.

She would then climb down and run towards the pond at the eastside of the garden, right under the big chestnut tree with the swing. Long ago (actually last spring but for Renette it felt as long ago) she lost her golden ball there and met the loud but friendly mister Frog. He helped her get her ball back and they became instant friends, best friends, as close as a frog and a princess can be.
Together they went on many adventures in her gardens, she saved him from the big grey heron ( she threw her golden ball right at his beak) and he would stand guard when she was stealing raspberries and strawberries in the vegetable garden. And when miss Cook caught Renette stealing cookies from the kitchen, mister Frog jumped in her face and sent miss Cook in a hysteric panic attack as the poor woman was scared to death of frogs.
Together they have decided to never grow up! Perhaps they won’t, perhaps they will. Perhaps Renette will kiss him someday and something magical is gonna happen, who knows. For now they are looking for a new garden to have many more adventures. 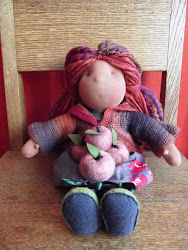